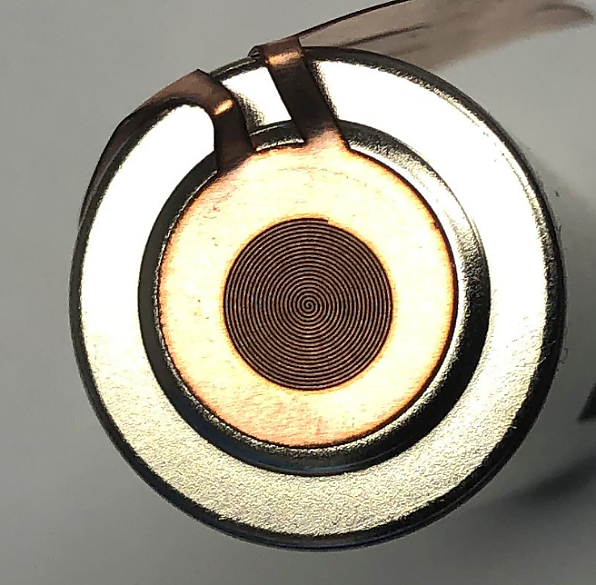 A battery’s performance is only as good as the joint between the cell and the tab. A number of welding techniques are used, but in all cases, the quality of the joint is directly related to the cleanliness of the parts. Surface contaminants, such as organic compounds, grease, oil, corrosion-inhibiting agents and other compounds typically used in manufacturing, can lead to poor fusion, cracks and porosity in the joints.

When heated, organic compounds, for example, convert into gases and expand in volume. The pressure builds up and blows away the molten metal during welding. The resulting metal expulsion and holes can lead to short circuits, weaker joints and leaking batteries.

The solution? Clean the surfaces prior to welding! The risk of joint failure can be significantly reduced by removing organic and inorganic impurities from the surfaces to be welded.

There are three main ways to clean batteries before welding: plasma cleaning, media blasting and laser cleaning. In plasma cleaning, impurities and contaminants are removed by an energetic plasma or a dielectric barrier discharge (DBD) plasma created from the high-frequency ionisation of gaseous species. While plasma-based methods can clear large areas simultaneously, it is difficult to set the system up so that cleaning is effective. Moreover, this method doesn’t always remove the contaminants to the levels required by subsequent joining processes.

Media blasting uses abrasives to tear contaminants off the surface of a part. Although this is effective, it can result in micro-denting, which can reduce both the weld strength and the appearance of the finished product. The blasting media can be frozen CO2, which is also known as “dry ice”, or a solid material. A solid material can pollute the surfaces and will wear out, leading to a decrease in cleaning efficiency over the lifespan of the cleaning media. Moreover, there is a cost in replacing the blasting material and a cost for the safe environmental disposal of any polluted cleaning media. Finally, after blasting with a solid material, the cleaning media need to be removed from the batteries, leading to a second round of cleaning and to residue.

Laser cleaning also cleans effectively but doesn’t mar the finished product, unlike media blasting. It doesn’t require a complex system, as in plasma cleaning. The ability to clean surfaces reliably without damaging or even touching them means that laser cleaning is excellent for manufacturing high-quality batteries. In laser cleaning, a laser is focussed onto the substrate to remove any material polluting its surface. The amount of material removed depends on the intensity, pulse width and wavelength of the laser, as well as the material itself. The laser beam is absorbed by any pollution and its chemical bonds are broken. Either a pulsed nanosecond (fibre) laser or a continuous wave laser can be used, although the former is more commonly used due to its higher intensity. Laser cleaning is fast, safe, reliable, stable, environmentally friendly and cost-effective.

The industry is moving to the laser cleaning of battery connections prior to joining to improve quality and reduce costs in a fast, safe and cost-effective manner.

No known Events at the moment

Send us your sample and we will build a solution